I had a great discussion with Yulia this evening about exercise, health and food. anyone who has read anything that I write or post knows that I am obsessive about trying to be, at least, generally healthy. Growing up as a “skinny kid” I never thought about health growing up. I had a super-fast metabolism all the way through college, and didn’t gain weight, and even when I exercised a lot, never really built muscle.

So I never looked at what I ate. It didn’t matter. I ate entire cakes, drank endless beer, whatever. I just never gained weight. and the problem is that if you don’t get actually fat, you never think about if you are actually healthy or not.

Eventually, my metabolism shut down, or I became insulin-resistant, whatever you want to call it. and I started to gain weight. You don’t notice it when it creeps on slowly. But eventually you change from a 175 pound guy on your wedding day, to 240+ pounds several years later.

The chest and back pains come at no extra charge.

Whatever you want to do to correct this, it takes time, and persistence. Generally, things get worse before they get better. Starting to change diet, failing, and starting again are not easy. Add in the massive misinformation about what it takes to lose weight, then you need to start the process of gaining muscle. Being “Skinny-fat” is not any better than being regular fat. and changing diet will slim you up, but you need exercise to balance your fat percentage.

I started and failed at this many, many times before I figured out what started to work, and the effort to start was far greater than what it takes to now just maintain. It reminded me of the story of Enrico Fermi at the B Reactor in Hanford.

When firing up the reactor the first time, they loaded fuel according to the calculations made, then waited for the reaction to start. It would start, then die after a few seconds. They would try again, and it would die again. Eventually Fermi figured out that a by-product of fission kills the reaction as it starts. it takes more fuel to start the reaction, then once started, it doesn’t take so much to retain.

I actually remember being in a radiation suit, on a private tour of the B Reactor when hearing this story. We were standing in front of Fermi’s office, looking at the desk where he figured this out with a slide rule.

But the same principal applies is almost everything in life. Making major changes, whether in your job, or diet, or activities all need more effort to start than to maintain. We all have to follow rigid diet patterns to start a diet, and we will see ourselves get heavier first (we gain muscle before losing fat) then the weight comes down.

It is hard to get an exercise routine, or learn a sport. We fall, get hurt, feel sore, and have to practice complex moves for a long time before we get the benefit in strength, agility, or cool stories about being the best in something.

In so much, we have that same energy “hump” that we need to overcome to start something. But once past the hump, it can be hard to stop. You don’t want to stop, because at this point, the benefits are addictive. You gotta run, or lift, or eat the way that works for you. If you are staying in balance, and not burning out or getting hurt, it is a pretty amazing feeling.

But getting up the curve is really steep. 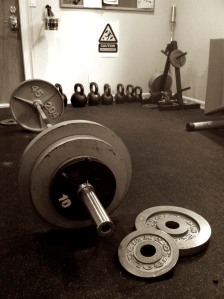 One Reply to “Downhill from here”